A Visit to Mad Ludgwig's Castle...

Mad Ludwig as he was know built this fabulous castle in the late 1800s.. He actually tore down a 13th century castle on this very site to build what was supposed to be the "Ultimate" castle... Well it started out that way but became so expensive to build that he was tossed out of his kingship and the ministers stopped construction because it was bankrupting the country... From the outside it looks finished but the inside only had two floors completed when the plug was pulled.
I was here 30+ years ago and at that time it was still an attraction but out in the middle of nowhere with nothing else around it... Today it is like Disneyland with all sorts of hotels, restaurants, and shopping.  Now there are lines of cars to get in and a 2 hour wait to get a guided tour or buggy ride up to the side of a mountain where it is built. Being real men we walked the mile or so up a steep hill. I am glad my IPhone has the defibrillator app because a couple of times I thought my heart would stop!. Anyways it was fun and we enjoyed the day.
The place is now a MAJOR tourist attraction making lots of money for the locals so I guess in the end Ludwig made the country a fortune with his mad idea.. 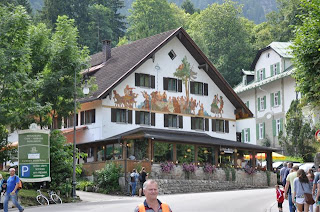 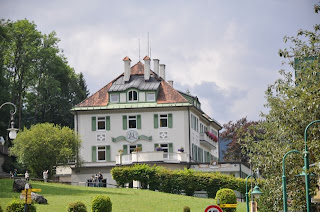 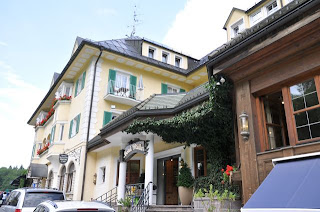 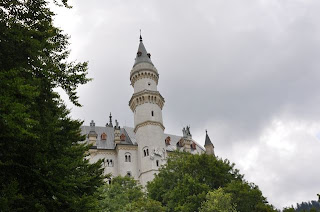 First glimpse of the castle.. 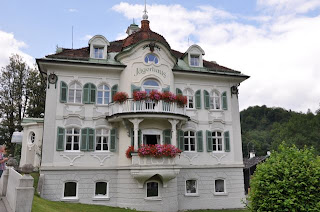 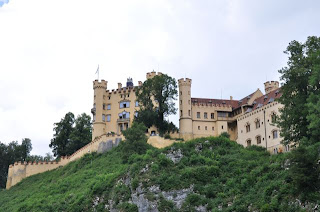 Another castle in the area... I guess this is a castle neighborhood... 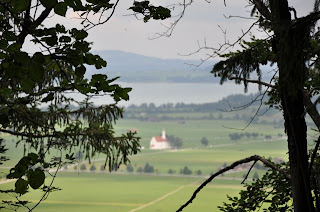 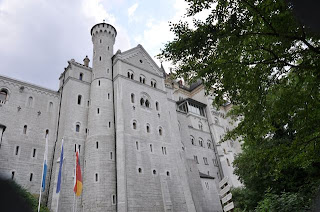 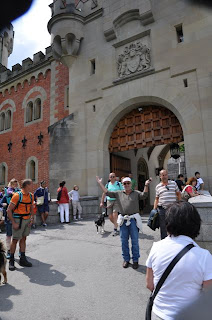 Duane reclaiming his family's property.. He tried to file a quick claim to the castle but I don't think he got anywhere.. 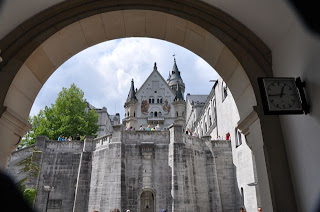 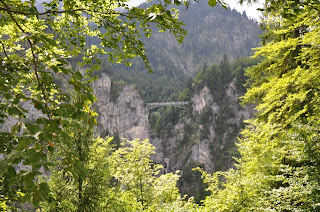 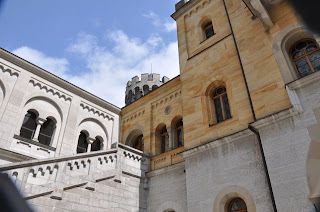 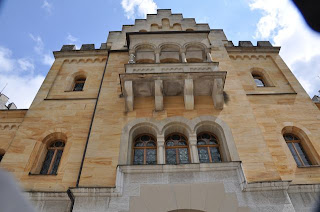 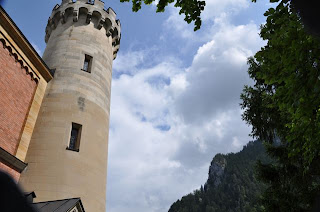 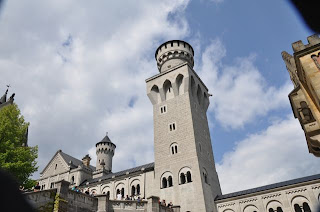 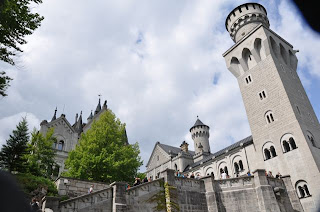 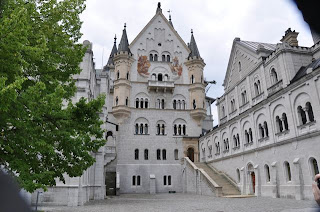 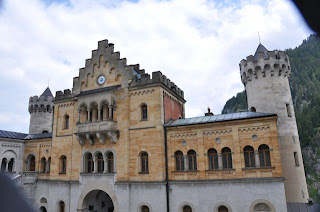 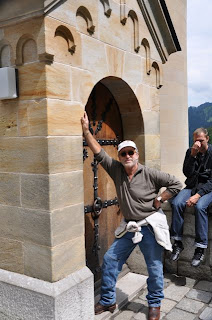 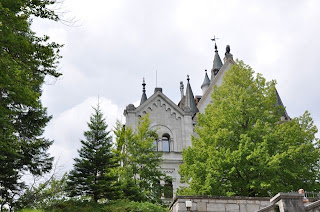 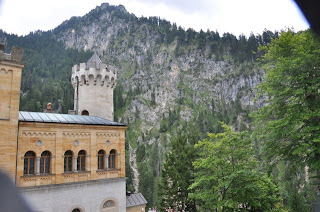 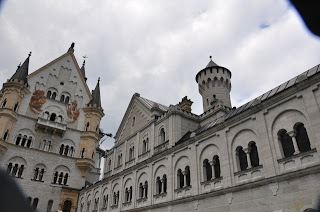 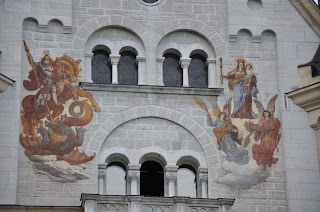 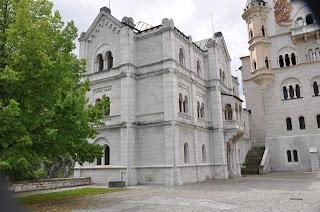 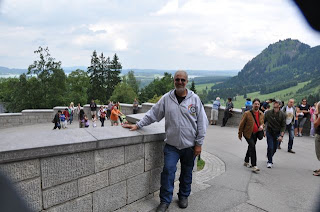 Lord Len looking over his kingdom.. I have certainly been called mad before... 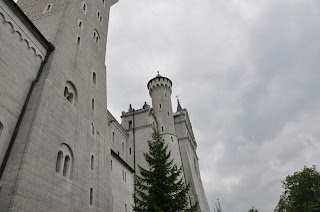 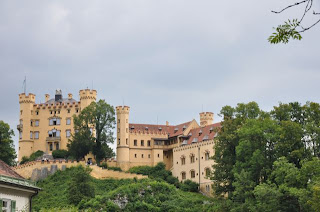 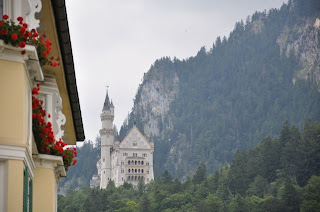 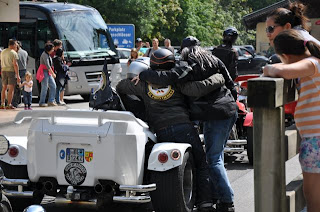 On the way into the castle there was a group of these goofy three wheeled vehicles with older German couples dressed up as "Bad Bikers" with the usual symbols. They seem to love the attention, posing, honking, and blowing whistles. One has a Sons of Satin, California sticker on the back. I didn't have the heart to tell him that was not a real biker gang, only a TV show!
at August 14, 2013