The Blue Ridge Mountains of Virginia and North Carolina.... and BBQ!

First a couple of corrections from yesterday’s blog…. We are going to the Barber (not Barbor) Vintage MC Festival.. Also the event is in Alabama, not Georgia.. but only two mistakes in my blog is a new personal best! Everything else is 100% accurate until someone else points out a mistake…

Now for today… there is only one word that describes it best. WET, WET, WET. All morning heavy constant rain. We rode up into the Blue Ridge Mountains and it would have been a fabulous ride if not for the rain.  Lush green rolling hills, quaint villages, and great twisty roads.

We had to ride slowly due to all the water on the road, we couldn’t see the vistas because it was like riding in a cloud, and we did not get to enjoy the full potential of the roads which would have been fantastic in the dry.  From what we could see Virginia is a beautiful state. Lush green grass everywhere, thick dense forests, and rustic and classic architecture.

By mid day we stopped to dry out a bit and have a warm coffee. After that we decided we had enough of the scenic route and took a main highway to our final destination. That cut two hours off the ride.

It wasn’t a bad decision. Once we got out of the mountains we got out of the rain too and it was 20 degrees warmer! ( from 49 to 68 degrees in a few miles) Even though it was a major highway the scenery was still good and we left Virginia and headed into North Carolina.

A few thoughts about Virginia… It is a very conservative state. Along the route we ran into:

-A town that changed it’s name to “Trump Town”

-Cars with “Go Brandon” painted all over them.

-And the oddest one was a large billboard that said something to the affect: “ Save those good union jobs!! Vote Republican and Stop Joe Biden!” . I never thought of the Republican Party as pro union but I think they are referring to coal jobs which are essential to the economy in Va.

I thought about the culture here and tried to understand it. From what I saw most people here live rather modestly, prices of everything here is far lower than California so I expect wages are lower here too, the state is so dependent on the coal industry that they can’t imagine life without it no matter what it is doing to the climate.  So they will vote for anyone that supports coal.

Also they have very conservative social views.  I suspect that is because there are many many fundamentalist churches here. What we Californians might consider radical or too conservative is just the norm here and it is where their social values come from. I am not trying to be judgmental just trying to understand.

One thing I will say about most of the working class southerners we have met so far is they are very friendly and could us a good dentist.

Tonight we are staying in a cute town called Maggie Valley in North Carolina mountains. It is a resort town but for some reason it reminds me of the old TV show, Mayberry. Maybe because it took place in NC too.

Since we are in North Carolina it is the official start of our BBQ TOUR! Tonight we went to a real local hot spot called, Three Butts by the Creek. Authentic BBQ in a rustic building by a creek. Our waitress was a true southerner and had the most charming southern accent. She could have told us to go to hell and we would have said thank you… North Carolina BBQ is distinctive in that their sauces tend to be vinegar based, the deep south is more of a sugar base, and Texas BBQ is usually a dry rub. So we will need to try them all and report. For more details see below.

Tomorrow we spend the day at the world famous Wheels Through Time motorcycle museum. (I will post lots of photos) then an easy ride to our next destination where we will spend two nights and do some local riding on the famous Tail of the Dragon and some sight seeing.

What the Blue Ridge Mountains would have looked like if hadn't been raining so hard and covered in clouds! 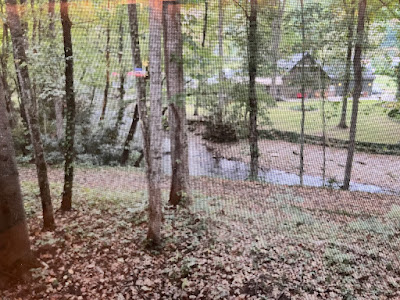 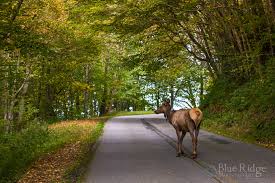 Plenty of wild life too. 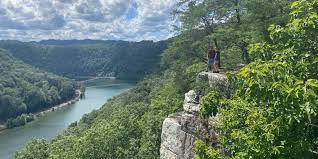 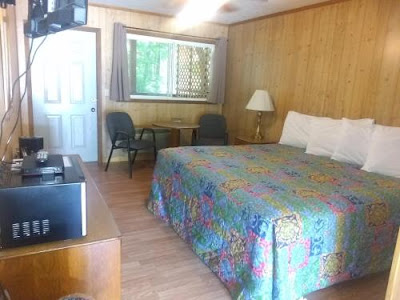 My motel room at the Stony Creek Inn. A beautiful creek ran right by my window in the woods outside. 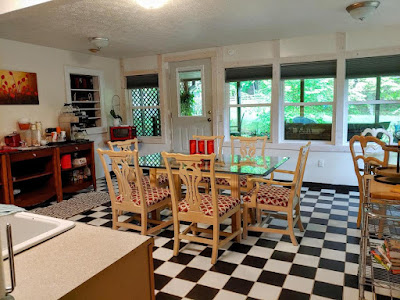 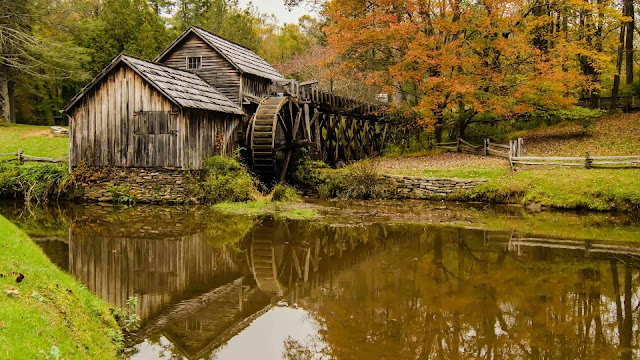 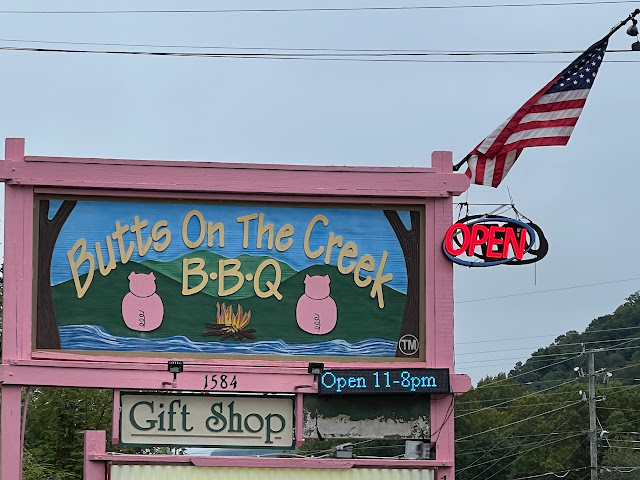 Time for some serious Southern BBQ! 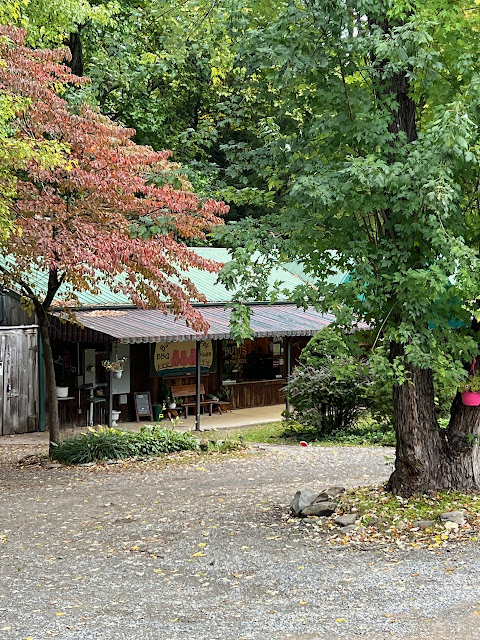 A funky joint built right on the Stony Creek. Just how a BBQ joint should look. Nothing worse than a modern slick BBQ place. 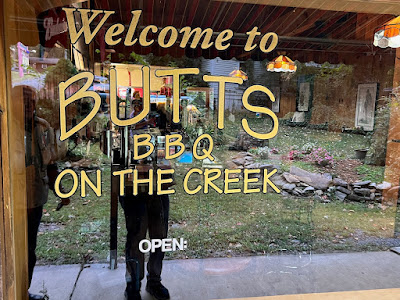 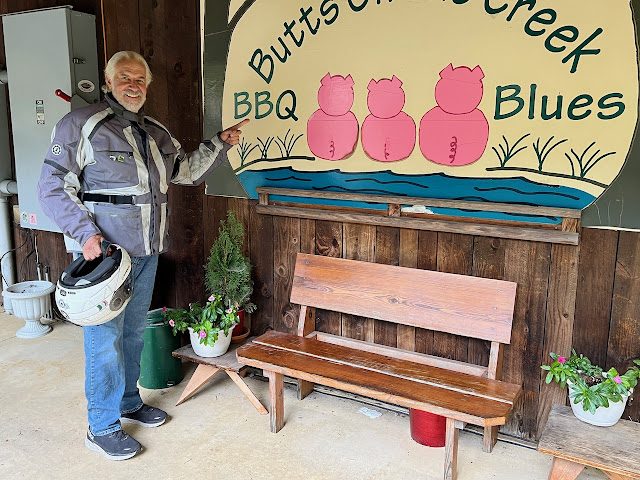 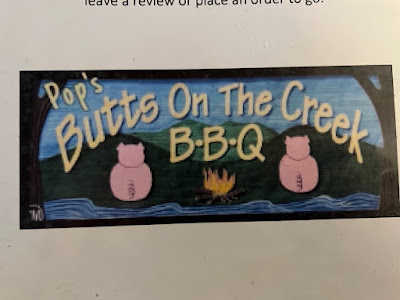 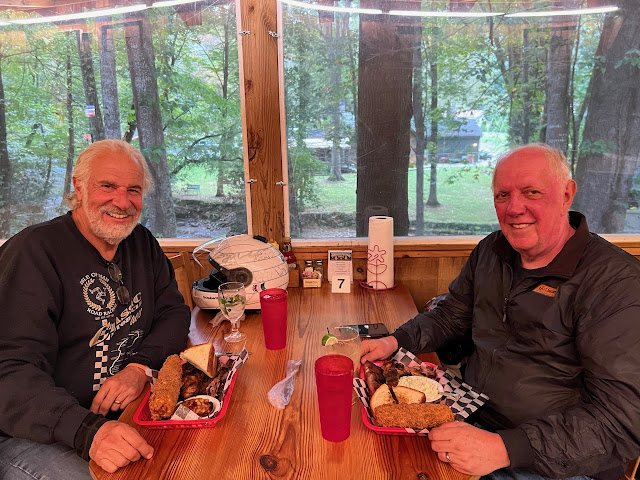 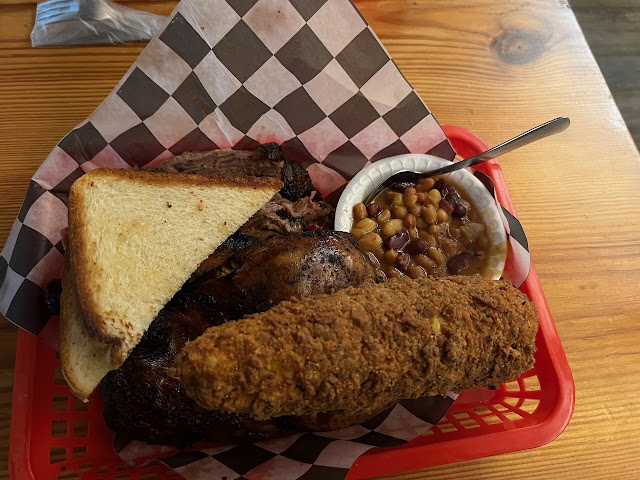 I had the combo plate, brisket, spare ribs, chick, baked beans, and fried corn. No sense letting a vegetable be healthy so they deep fry it! 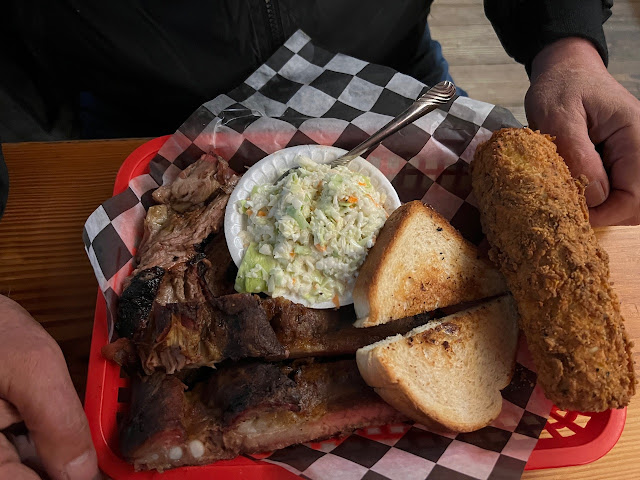 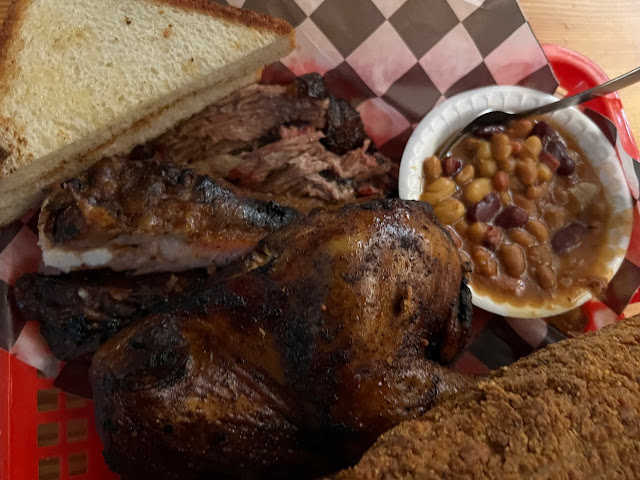 I actually learned something tonight. I thought my smoke brisket was pretty darn good but theirs was even better. I think the difference is I smoke with Hickory wood, and they use Cherry wood which adds a very nice mild sweetness to the BBQ. Something to try when I get home. 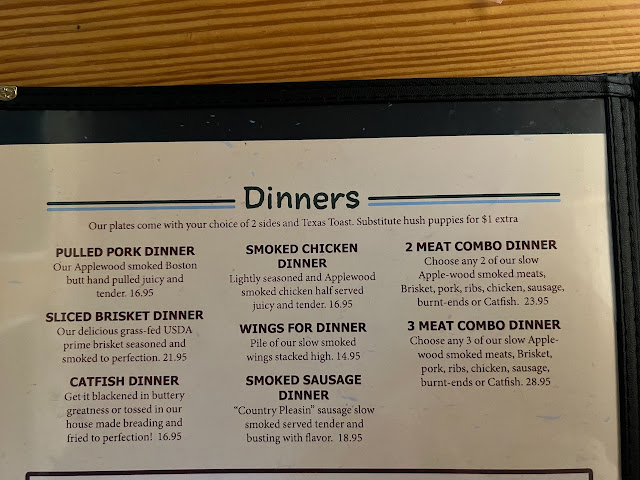