A couple of days have passed.. On all of my big motorcycle trips we always have a couple of days that don't go exactly as planned, but it was a bummer this week that we had two in a row! :(
Monday we set off for southern France. A new friend who I met on FACEBOOK had invited us to stay with her and her husband in the beautiful country home in the French country side around Bordeaux, and had prepared us a special dinner.
I was excited to meet them in person and checked my GPS which said it was only a 5 1/2 hour ride so we set off early and figured to be there by 3pm..  Well right off that morning I knew something was wrong.. After riding 3 hours the GPS said we still had 5 hours to go! Now we may not be the fastest  riders but we keep a good pace so we couldn't be falling that far behind. We gave up the back roads and headed for the freeway. After riding for several more hours at a fast pace we were still to far away to make it by a reasonable time so I messaged them we would be late, around 6pm. By six we were getting pretty tired. 9 hours on the road and 95+ degree heat had taken its toll but the GPS said get off the highway, make one turn and they were ten minutes away.. We made the turn and then the GPS said the next turn was 58 miles away, but only 15 minutes.. Something was wrong. Unfortunately by 7pm we were totally exhausted  and could not keep going so I had the sad job of canceling our evening and calling it a day. By the time we found a room it was 8pm and we were spent….
We went out for a quick diner, Duane had two beers and a cigar and he was a new man.. :) I went to bed..
The good news if any, was I figured out what was wrong with my GPS and now it gives accurate time estimates.
As for me no matter how tired or frustrating a day I have on my motorcycle the next day I wake up ready to ride again. There is no such thing as a bad on a motorcycle, just less good.
Wednesday were decided to make it to Spain, either Bilboa or San Sebastian. We took off and it was a reasonable combination of back roads and highway. I thought we were on scheduled and arrived at San Sebastian but unfortunately due to a lack of planning on my part it was the wrong part of the bay. We arrived in the shipping and industrial part of the bay. I knew there had to be a nicer part. I pulled out my trusty cell phone, searched the internet , and found the area we wanted.  I then went on Trip Adviser and found a great hotel on the bay for under a $100 a night. So we set off fighting city traffic for 45 minutes but finally found the hotel. As soon as we arrived I knew something was wrong, this place was way to fancy to be under a $100 per night.. I went in to get a room and the cheapest room was $395 a night!! So much for a relaxing afternoon in San Sebastian…
So off we went towards Bilboa.. We stayed off the highway and took the coastal road which was more scenic and passed through nice small towns.. As the afternoon went on the sky’s darkened and the wind started to blow. The weather report said and possible chance of light showers which would feel good and cool. As we rode we passed through a small sea side town of Gipzuka and decided to call it a day. We found a very old hotel by the bay that looked good. They had rooms and the price was great so we checked in. After we got our room key we went to the bikes to get our gear and all of sudden the sky’s opened up like a monsoon! In the few minutes it took us to get our gear we were drenched to the core.! At least it was a warm rain.
I know what my wife is thinking right now.. “ I told you to plan ahead and book rooms!”. This time she was right. At least for the next five days it is all arranged so we shouldn't be getting lost, having problems finding rooms, and no more 8-10 hour riding days!
The good news is we are now in Spain, home of Paella. Spain and Portugal is what we came for so for the next week we can slow down the pace and enjoy ourselves.
Tomorrow should be a great day.. A relatively short ride to a beautiful old mountain city in Spain, Leon. Then off to Oporto by the Atlantic coast.

Now for a bit of reflections on the trip so far….First there is a lot to love about Europe and they are very creative and intelligent people with amazing engineering in all fields BUT quit trying to see how many ways you can design a shower faucet, it is not necessary!! Virtually every place we stay has a completely different showering system.. Now I am no idiot, ( beyond what you have heard behind my back)  I do have a degree in engineering and even I have to take at least a few minutes, every time I take a shower to figure out how to turn the water on and get the temperature right. Can’t you come up with some international shower valve standard???

When I got ready to leave on this trip everyone I talked to wished me good luck, have a good time, and BE CAREFUL!! I know to all my family and friends riding a motorcycle around Europe sounds daunting and fearful undertaking.  Let me explain my attitude.
First of all a little fear is a good thing. It keeps you sharp. I am not a daredevil but I do live life with a bit of calculated risk and appreciate the fear and use it to my advantage..
I started my own business and have run it for 43 years.. A bit of risk there.
I have raced sports cars for the last 40 years. A bit of calculated risk there.
I have ridden and used to race motorcycles. A bit of calculated risk there.
I have navigated my motorcycle all over the world. A risky task, and I am proud to say no matter how many wrong turns I have made we always get “there”, although sometimes “There” is questionable. :(
I have raised four daughters.. A LOT of risk and challenge there! Those that know me know I didn't have a single gray hair before having daughters..  Well worth the effort though!!
I remarried after a disastrous first marriage.. A risk there, that paid off is spades.

So you may ask me why I do this and how do I so often succeed ? It is not arrogance  or conceit, or even superior abilities. I know there are smarter people than me. I am not a daredevil, I always approach these activities with caution.. My key to success is I am an optimist! I approach life with the idea that if I try hard enough I will succeed. I make plenty of mistakes but I never give up..  And on the few occasions where life’s problems have driven me down to the ground I am lucky enough to be married to a women who supports me, encourages, lifts me up when I need it, and is a hell of a good problem solver in her own right.. We are a good team..

Now you may ask is there anything I am really really afraid of?? And there is.. Those of you that know me personally know that I just lost 45 lbs before this trip. I am far more fearful of gaining the weight back on this trip than of my motorcycle!! The good news so far is 8 days down and I weighed myself and so far NO weight gain.. :)
Thats it for today. Not many photos but I posted a few file photos on my blog. Tomorrow Leon is very photogenic so there should be a much more exciting post then.
Jason 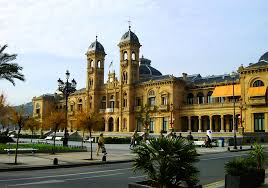 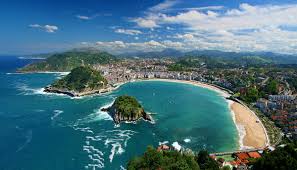